A few weeks ago, I attended a virtual zoom webinar with Microsoft’s inclusive lead designer, Bryce Johnson as a guest speaker. The webinar has since been posted on Youtube.

Bryce Johnson has been designing for accessible experiences at Microsoft for over fifteen years. He’s also the co-inventor of Xbox’s adaptive controller pictured here: 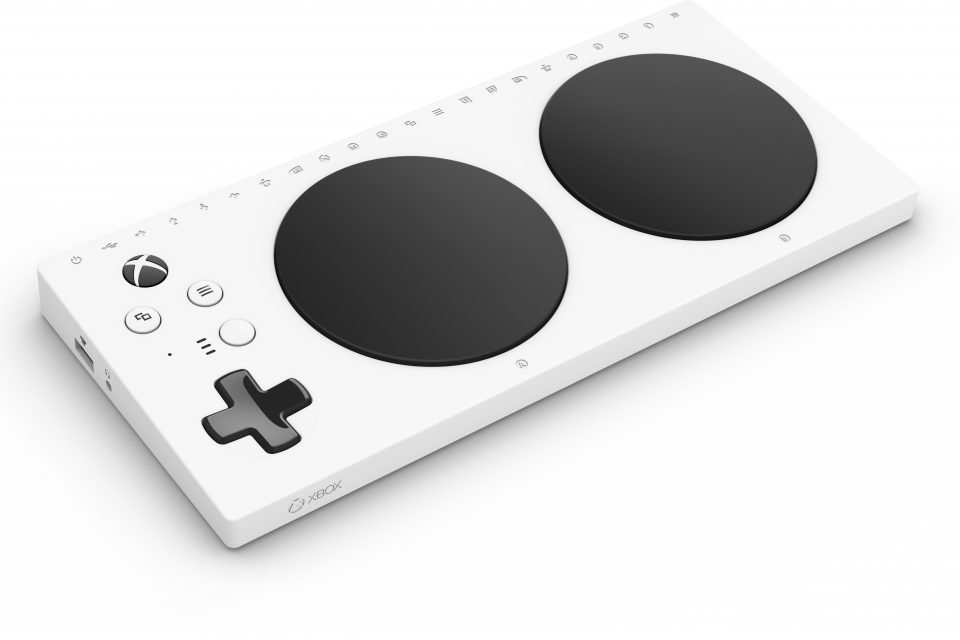 I highly recommend every person who has a part in creating technology to check the talk out. I’m not much of a video game person and I know nothing about Xbox but I really appreciated the talk. As a software engineer, I think about accessibility in the web domain, so it was insightful to hear about accessibility in a physical, video game controller context. The ideas and principals around accessibility are shared across domains!

It features two large buttons that are easy to hit, not just with fingers. There’s also multiple ports available so specialized external devices like switches, mounts, and joysticks can be plugged in to fit a person.

This made me a little curious about whether other companies have come out with controllers that were designed with inclusivity in mind. It looks like one Japanese company, Hori, just came out with an accessibility controller for the Nintendo switch!

There’s still a long way to go with inclusivity, but it’s exciting that there is progress being made.

Thoughts & things that stood out

The talk was awesome. Go listen to the talk here!